» Home » The island of Fogo

Fogo Is a volcano reaching 3000 metres above sea level. Pico de Fogo towers above the surrounding archipelago mountains and those wishing to see its spectacular views must have an abundance of energy for the climb to the summit.

The island is one of the most southerly isles situated between Brava and Santiago. When it erupted in the 16th century the island was named Fogo – meaning fire.

The beaches on the island are black from the volcanic lava and create a quite unique travelling experience. If you manage to climb to the summit a vineyard growing on the side of the volcano creates a wonderfully potent wine for you to enjoy while sitting in the shade of the volcano’s crater. It is also well known for its coffee bean industry, supplying most of the other Cape Verde islands.

For hundreds of years since the island became inhabited the volcano has erupted sporadically and any settlers often found themselves losing crops or cattle. Eventually the island was used as a base to send convicts due to its tough terrain. The volcano itself roared for years, its summit, a beacon for passing ships as navigation.

The volcano has erupted seven times since its discovery in 1460. The 1995 eruption covered a village, the rooftops of which can still be seen today.

Sao filipe is now the capital of the island and Cape Verde’s fourth largest capital city. An airport was built in 1990 with the hope of regular flights to the island in the future. There is also a new harbour and ring-road on the island.

With a Portuguese influence very much setting the style for the islands properties, the colonial houses are in abundance with shady courtyards and staff quarters in annexes, most of which can be admired today.

Beaches such as Ponta da Salina, Porto de vale and Vale de Cavaleiros can all be reached within 3 kilometres of the main city, Sao Filipe. The island also has a tiny fishing port with natural bathing pools nearby at Las Salinas, also Salina de Sao Jorge with its deserted beaches.

To reach this spectacular island there are daily flights fromPraia and also regular flights from Sao Vincent and Sal. There is also a daily ferry service between Praia, Brava and Fogo with great prospects for the islands tourism to develop with its main activities being walking, hiking and horseriding 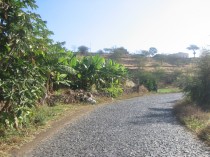 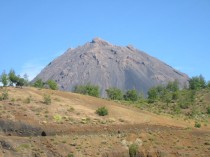 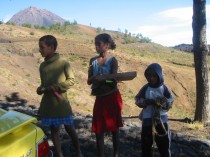